The German Fulaoenhuofu Association device and the design technique research institute (IPK) Assistant Manager Holger Kohl said that these robot arm may not be the casual chaotic dance, they split out are when the navigations the professional utilization's flag indicator, the distant place person may act according to the computer arm's movement, translates meaning which you must represent.

But in another tectonic plate, demonstrates is a set does not use the mouse keyboard's operating system. The human needs to stand only before the sensor, through waves the hand, lifts the arm and so on simple body movement, then operates the intellectualized modelling system. The staff said that in the staff holds a meeting carries on “the brains storm” the time, if with the traditional mouse, can a person operate only, but this set of intellectualized system, may the multi-people stand before the sensor, through the body movement, the common operating system, the cooperativity, interactive is very strong, lets the technical discussion meet the feature fun. 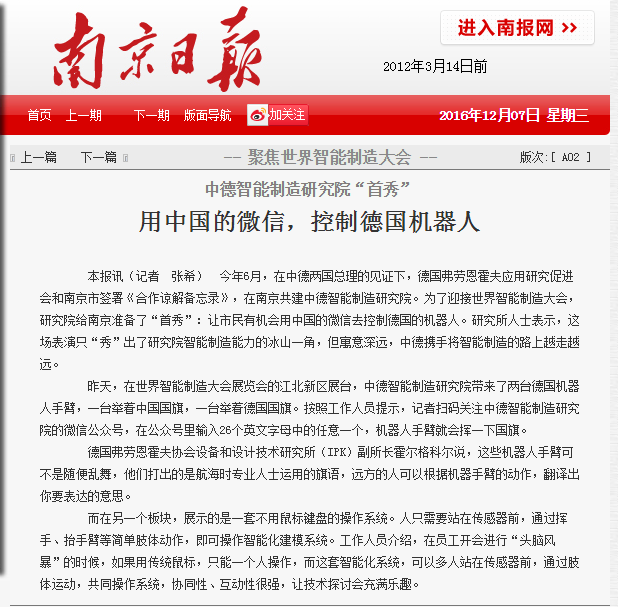